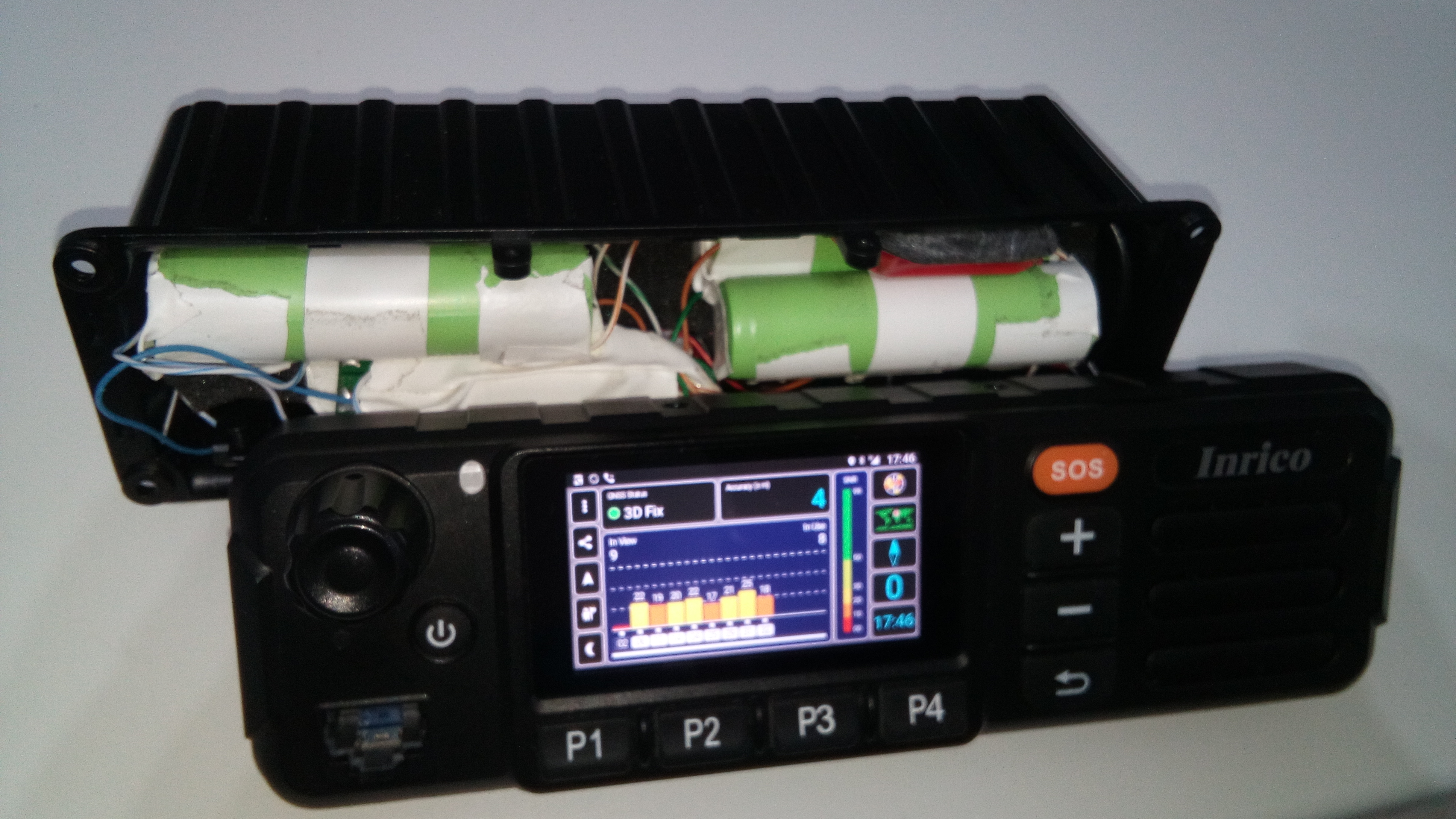 A lot of people are complaining including me, that in modern cars the 12V supply cuts the supply to TM7 when ignition is off. I blame emissions and political correctness. Bit like the auto stop start button for the engine.

I got tired of this battery issue, because TM7 is slow to boot and in fairness not the fastest Android I have to cope with.

A friend suggested 18650 Cells were worth a look, I had not realised they are used all over the place incl vaping devices and laptop battery packs. As I have no experience with LithIon batteries I had some fear this was going to go badly wrong.

I ordered 3400mA Sanyo cells with metal solder tags, to make life a bit easier on the build.

I also realised LithIon batteries need a proper charger circuit. Having trawled that well known auction site I discovered you can get 2,3,4,5,6 cell charger circuits. I decided 4 cells was probably more than I need but I had the room inside the TM7, so 4 cells it was. Also, I got a 15V switchable 3A power supply which could do the charging.

Id already opened the TM7 to install the sd card, so I knew the first thing to do was remove those 2 weights on the board. This makes ample room for 2x 18650 cells on either side.

Having wired them up according to diagram supplied with the board (it could be any , there are too many to specify) and made sure everything was correct in terms of polarity, and also insulated. I put some foam in the back of the case on either side to stop the batteries rattling around. That also keeps them secure. The DC output from board I soldered paralell to underisde of pcb with plus and minus going to respective tracks.

However, I should suggest that a fuse should be fitted and even one you can mount on the back to screw in ie a holder, or at least an inline fuse in case of something shorting or whatever. I didn’t as I had nothing on the desk to hand. A toggle switch may also be useful if you manage to crash the android and you need to fully power down the unit. You really don’t want to reopen and desolder wires after this job again.

I charge it for 8 hrs and I end up with literally 24 hrs full use. My intention was 7.8hrs in the car, but its exceeded way beyond what I required in terms of capacity. My guess a 3 cell arrangement would probably work. Just get the correct charger pcb.

Current, the TM7 draws 130mA in standby and max about 240mA, this is tiny in real terms as its just a telephone in a large box. So , 18650 cells are a little overkill but it works. 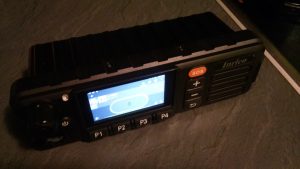 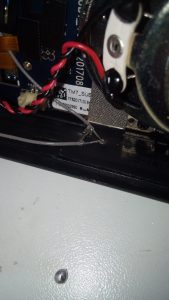 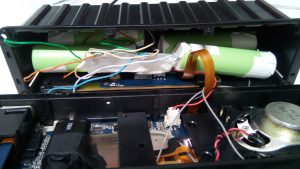 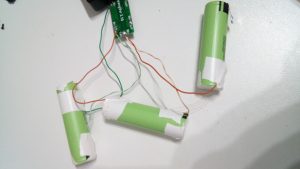 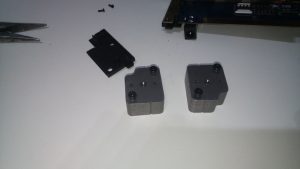 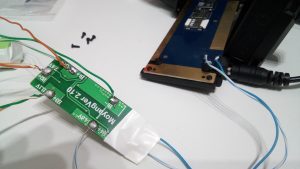 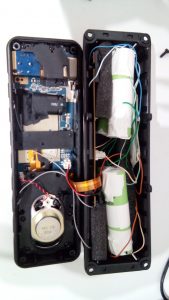 Due to my lack of tolerance regarding cables in the car I decided to put the GPS module into the TM7.

So before I decided to rip the gps antenna apart I checked how it worked inside the house. No surprise it was fine, so that was my trigger. The gps antenna is plastic cased so a sharp blade and a pliers was used to break open the case. Its sharp and brittle so expect bits of plastic to fly around workshop.

Having extracted it, I allowed 3 or 4 inches of coax cable and then cut it. I don’t need all the extra length anyhow.

Use a super fine soldering iron for surface mount, reason is no the coax, but the socket on the TM7 is difficult to get at and there is Very little clearance to tap the centre pin for connection. The braid is easier to solder to it. As we have no other option due to impossible thin coax coming from PCB, I wasn’t going to try and cut it open and go that way. Remove socket and put in vice or clamp to hold it as the soldering is awkward., I got it connected anyhow and I put the antenna snug on right side of internal back case above the battery I had already fitted.

The drop in signal inside the car is neglectable and I have it shoved down between gear box and seat. On dash the signal is full. 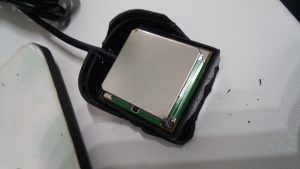 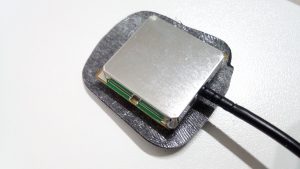 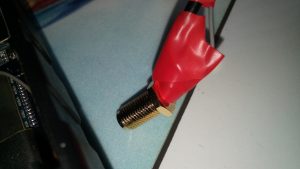 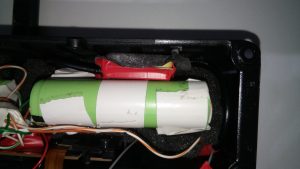 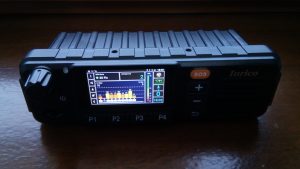 Do at own risk. I do not accept any responsibility if something goes wrong or on fire etc. I would suggest these mods could be improved somewhat in terms of safety and general risk. These were carried out as a one off test, I would prefer manufacturer would actually do these as an option on purchase. Having to do these was out of necessity and frustration.