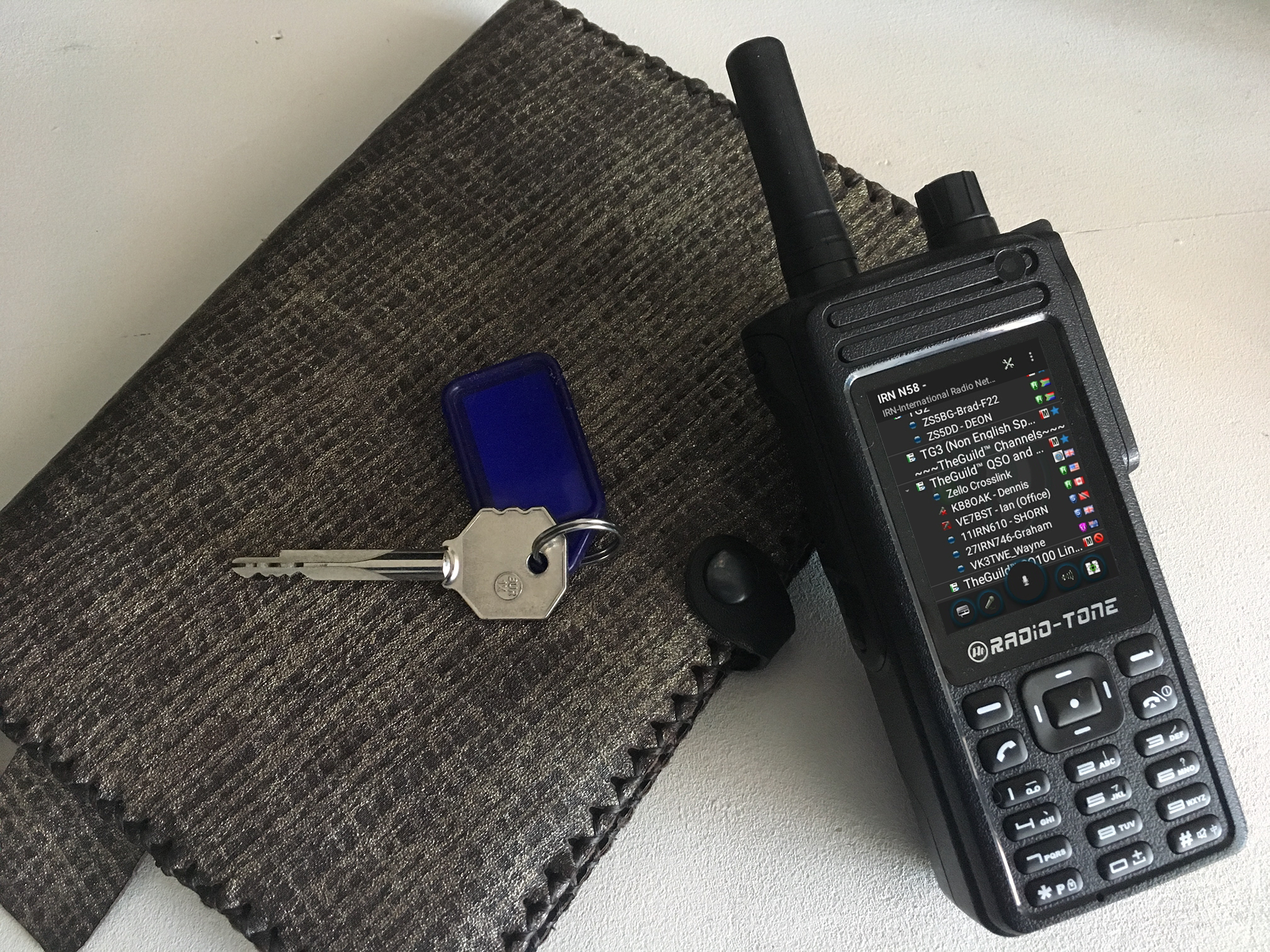 The Reality of Amateur Radio in 2018

What is the greatest hobby on earth? Now there’s a question!

For many of you reading this article, the answer will be clear – Amateur Radio. It’s a hobby that delights, excites and, at times, frustrates in probably equal measures!

But it is also a hobby that has historically pushed the boundaries of technology – and often asked questions no-one had even thought of asking.

I love the fact that the history of our hobby is littered with the regulatory authorities of their day allowing us access to bands considered “useless” and then watching as we showed over time what immense value they could have – yes, even the most supposed “line-of-sight” bands.

It is somewhat ironic today that the most in-demand spectrum across the world commercially is VHF/UHF and Microwave, the most “line-of-sight” bands discovered in the 20th Century.

Here in the UK, large swathes of this spectrum are constantly being re-jigged and subsequently “sold off” to the highest bidders (something that has always struck me personally as slightly obscene, but that’s another story…)

The reality though for perhaps the majority of Hams on a day-to-day basis in 2018 is not so rosy.

I switched on 160m the other day and was faced with S9 of noise across the band. It was S5 only a couple of years ago. I’m lucky apparently – many people are getting S9+20dB or more of noise, on several bands…

As Hams, we face challenges every day from local sources of interference; power-line adapters, non-compliant devices imported from abroad, hissy routers, noisy house appliances, power supplies and all other manner of electronic hash. It doesn’t seem to be getting any better…

Then we have the Home Owner Associations coupled with the newer restrictive covenants that stop us putting up antennas, whether it be an 80 metre long wire or a 60 foot high tower. We have neighbours complaining about eyesores and about interference from “that Radio Ham” up the road.

We might think an antenna mast is a thing of beauty, but we have to concede that most of our neighbours will disagree – sometimes, most embarrassingly, led by our own XYLs!

A Means of Escape

For many, portable operation offers some escape from this, but not everyone has the motivation to climb a mountain with QRP gear and play SOTA, very laudable though that is.

If the only Ham Radio we can play with is limited to reasonable weather and a trip out, most of us are not going to be playing a lot of radio that many days of the year, are we?

At least mobile operation helps out here and has saved the day for many of us on occasions.

Then we struggle with the fact that we are perceived, rightly or wrongly, as being old-fashioned, fuddy-duddy and out-of-touch.

When you consider what Hams have contributed to the history of Communications, this is the height of irony.

The very people who, in effect, discovered and perfected modern-day communications, that everyone from schoolkids to governments rely on, are now reviled as being as old-fashioned as 78rpm shellac discs!

Shall we just give up then?

So what is the point of continuing in the hobby? Many have decided they won’t!

The numbers leaving the hobby, anecdotally at least, seem to be increasing. I often see ads online where complete stations are for sale, and where the owner says something like “giving up after 35 years – too much noise – too much hassle…”

Now you may be fortunate enough to live somewhere really electrically quiet – or you might be able to afford a huge farm or ranch in the countryside where there is little or no electrical noise – but the vast majority of us are not going to be able to do that.

Is there a sense of “If we can’t beat them, join them”?

Is one solution to take Ham Radio and move it into that realm that we perhaps secretly despise and yet simultaneously almost adore?  The online arena?

I find it slightly odd that, as hams, we are more than happy to embrace the internet and computers when it suits us – for example, CW-ers make extensive use of the Reverse Beacon Network, Datamodes enthusiasts embrace programs like PSK Reporter – DX-ers rely on their preferred cluster, and so on.

We all probably have our favourite logging software, our favourite contesting programmes and websites we frequent, even if it is just to have a moan!

But are we just a little too apprehensive to “go the whole hog” and accept the Internet for what it already actually is? A man-made alternative method of propagation? Is this one reason why the whole “Network Radios’ phenomenon is so difficult to comprehend?

One well known UK ham (and regular author for one of our Amateur magazines here) wrote to me with commendable honesty recently. He explained that he was struggling in his thinking about the Internet being a form of propagation, despite the fact that intellectually he can see that it clearly is!

He was, in effect, trying to come to terms (just as I did initially) with even understanding that there could exist another form of propagation for our signals, man-made at that.

He did go on later to acknowledge that the real issue for him, was not that that this form of propagation existed, but that it was “always there”. (To be fair, that does make it different!)

Does it have to be hard work?

But this got me thinking too!

Have we got so used to Ham Radio being so much like “hard work” that if technology creates a means of propagation that makes our lives easier, we almost have to pooh-pooh it?

Is there a bit of an attitude issue? You know the kind of thing… “I had to work hard to work VP8G, so why should you be able to do it more easily?”

In 2018, the technology available to Hams has provided us with a new playground (internet propagation) – it’s similar to, and yet very different from, the old playground (ionospheric & tropospheric propagation – which by the way, is still there for us too – it hasn’t gone away, we can and should still use it!)

Who says we can’t play in both playgrounds at once? Surely it is a case of both methods of propagation being usable, if that is what makes you happy?

There is something in human nature that doesn’t like others having it easier than we had it, but I would love to see Amateurs being open to be more accepting of new technologies in the hobby and realising that 21st Century Amateurs’ interests are, by virtue of the times we are living in, just different from those of 20th Century Amateurs.

There’s nothing wrong with that – it just is what it is!

We all have a tendency towards defensiveness – this is partly because we have something other people don’t have – a Ham license.

But again, putting this in perspective, and oversimplifying a little, possession of this means that we just have specialist knowledge about (mostly) building and testing transceivers (and maybe some knowledge of CW)

Are these the highest priority for a lot of hams these days?

Where does all this lead?

Who knows? Isn’t that the most exciting thing?

So have fun with RF – in all it’s forms!

So yes, go ahead and play with those Network Radios that use the Internet – make Ham-friends around the world.

Communicate with each other, use software, use Boat Anchors, use QRP CW, use valve radios, use big antennas, use minimal antennas, use internet-connected nodes, take part in contests, work through satellites, use D-STAR – do as much as you wish!

Have fun with RF in all its many forms – the Ham bands, yes, but also the cellular bands, the wi-fi bands & the bluetooth bands – especially if it gives you pleasure!

After all, isn’t a hobby ultimately supposed to make us happy?

Perhaps the saddest “Reality of Amateur Radio in 2018” is that, to listen to some folk in the hobby, you could be forgiven for thinking that it’s main purpose was actually to make Hams as miserable as possible!

Let’s use all the wonderful technologies available to us in 2018 and beyond – after all, next year there will probably be yet more new toys in the playground!