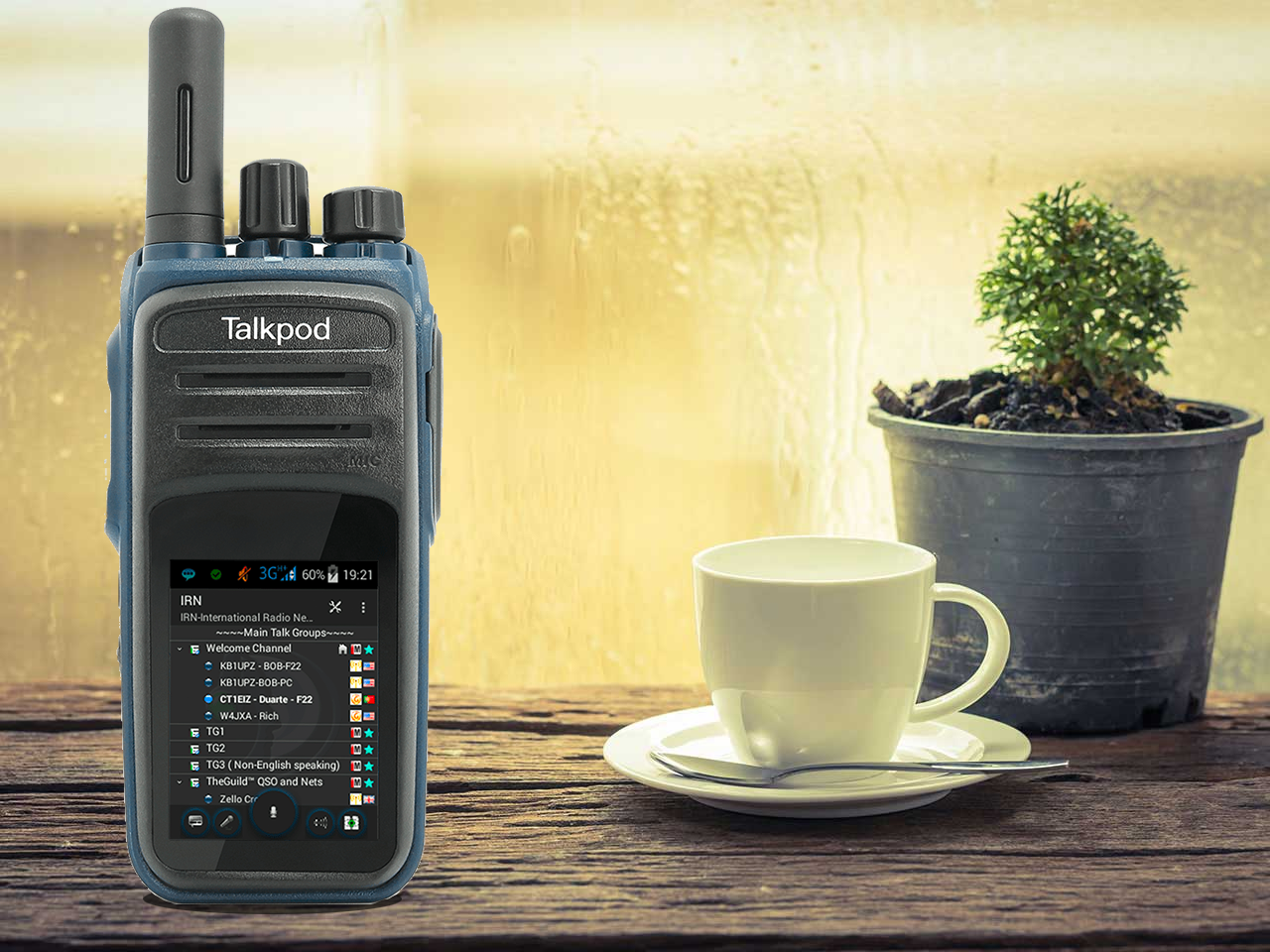 My main device since I got into this whole Network Radio phenomenon has been the Talkpod N58.

This is not perhaps the most popular radio from a sales point of view – the Inrico T320 seems to be the big seller just now (and yes I have one of those too, and an Inrico TM-7!)

But I have a very soft spot for the Talkpod.

Firstly the build quality is definitely the best I have experienced on any Network Radio so far. To say it is rugged is a bit of an understatement really – I have never owned a radio quite so tough!

Secondly, the fit in the hand is exemplary – just like an HT should feel, in my opinion.

Thirdly, the audio has to be heard to be believed! When I did a presentation on Network Radios recently at my local club, the audio from the little Talkpod filled the large club room completely – and it was not even on full volume at the time. Outdoors it is unbelievable!

However the Talkpod was rushed to market at the very end of 2017, and, as is often the case with anything “computer”, the firmware was a little “threadbare” at launch.

I can forgive the old version of Android and the limited memory as they do not impact my use with the radio one jot. There is still plenty of memory for all the apps I might need and they work as expected under Android KitKat. I don’t need or use a second SIM card or SD card either.

The things I had trouble with were mostly oddities like, the clock reporting the wrong time unless I did a reset. The battery percentage saying 1% when I knew that really could not be possible! Not knowing what was happening when I seemingly thought I had turned the radio “off”.  Annoying things rather than issues that upset the use of the radio.

The only major issue was the volume control, which though positively loud, sometimes couldn’t actually go low enough for more “clandestine” use.

Well I now have a “new radio”!

Talkpod have, just a few days ago, released a new firmware (EU) and new firmware (US) which seems to address a lot of those niggles.

To be completely fair, Talkpod have released a few firmwares since January but the latest does seem to address more issues than before.

Well a lot of the new stuff is probably “under the hood” updates, but there are a few visible (audible?) differences.

You actually can’t display the battery percentage now, which is one way of solving that issue – perhaps the correct percentage meter will make a return in the future?

When you turn the unit off now, instead of going into Airplane mode without telling you, it gives you a very useful option to either go into Airplane mode or to completely power off instead, which is far more useful and user friendly.

The volume control is much improved too, though it could still do with a little more control at the lower volumes for my liking. However, that can be “tweaked” in the engineering menu, as described on this very website – though the values given in that article are certainly worth experimenting with (in true Ham tradition!)

It is useful advice too to use the paid version of the Button Mapper software to control the media volume. Android seems to have 3 or 4 different volume controls, only one of which is for traditional volume as on a radio – Button Mapper allows me to always use the “Media” volume control mapped to the physical knob.

All in all I still love my Talkpod – arguably it’s not so easy to use as a phone as other Network Radios, as it has no keypad (though it still works with a touch screen), but for my use case, which is as a Radio-like HT, it is perfect!

It won’t be leaving my shack for a very long time. Here’s to another “new radio” in a month or two’s time. I hope you are listening, Talkpod!